The Chicago Sky are a professional basketball team based in Chicago, Illinois, playing in the Eastern Conference of the Women’s National Basketball Association. The franchise began in the 2006 season and the team has made four playoff appearances since its founding.

2018 saw much change in the franchise, with a recent move back to the city, rebuilding the roster, and the naming of a new coach and general manager. The brand identity needed a fresh, strong aesthetic to reflect the excitement the fans have for this new era, the next generation of Chicago Sky basketball.

We created the new design over the course of a months-long process in close collaboration with the franchise’s CEO, Adam Fox, and his marketing team. The new logo honors the spirit of the former logo and leverages the original palette, sky blue and bright yellow, while bringing the design forward with a sleek, bold and contemporary look. The new design pays tribute to the city of Chicago, the birthplace of the modern skyscraper, with the prominent inclusion of the iconic Willis Tower silhouette, one of the most recognizable Chicago landmarks in a city known for its architecture. 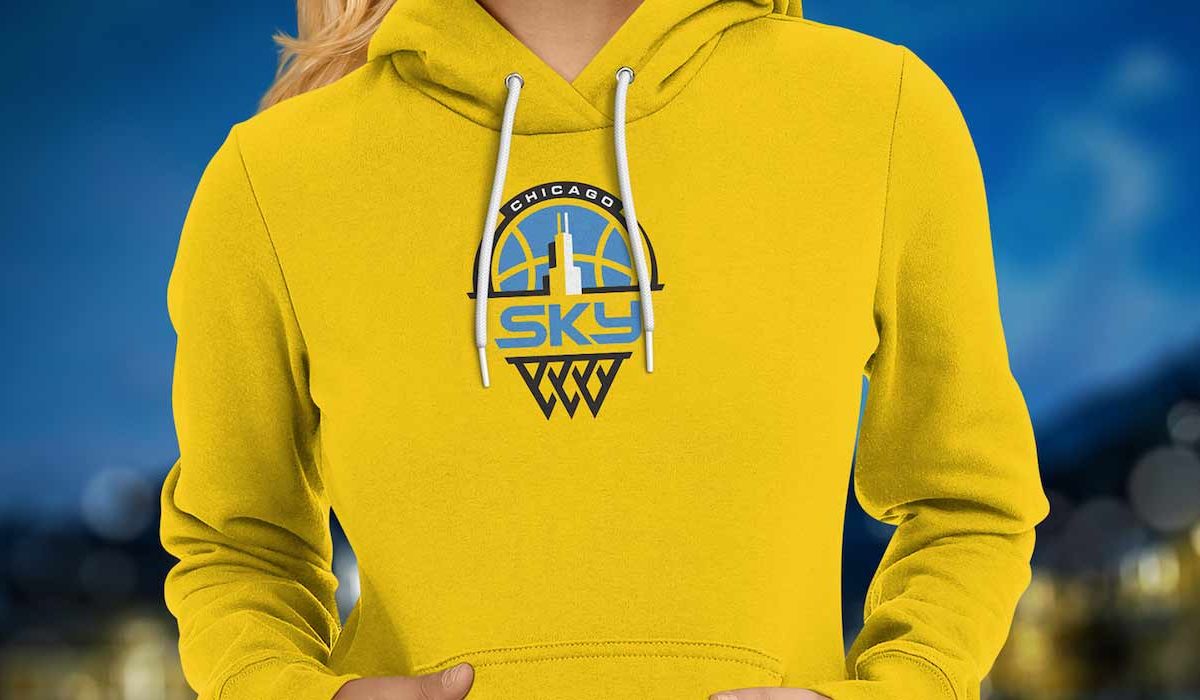 The Sky recently recently finished its first season on their new home court of Wintrust Arena, located in the heart of the South Loop. “With the team’s move back to the city last season, it was the right timing for us to welcome in a new era of the Sky logo and brand,” Fox said of the team’s first logo change in its 12-year history.

“We have a roster full of very strong, athletic, young players who are going to be led and supported by some of the most talented veterans in the league,” Fox continued. “It is truly an outstanding blend of talent. This new logo symbolizes the excitement we have for the future success of this franchise. We believe this new look is strong, modern and refined; all traits that represent the next generation of Chicago Sky basketball.”

A new court design, as well as merchandise and apparel will be revealed in the months to come.